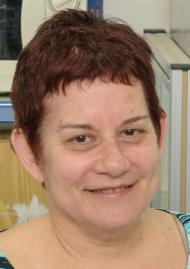 Born in Jaffa, Israel, Prof. Orly Reiner received a BSc in agriculture (1978) and an MSc in microbiology (1985), both from the Hebrew University’s Faculty of Agriculture in Rehovot. She earned her PhD at the Weizmann Institute of Science in human molecular genetics (1990). She conducted postdoctoral research at Baylor College of Medicine (Houston, Texas), and joined the Weizmann Institute in 1993. She holds the Bernstein-Mason Professorial Chair of Neurochemistry.

Prof. Reiner’s research concerns how brain structure is determined during embryonic development, and what goes wrong in case of developmental brain diseases. In the developing brain multiple types of progenitors turn into neurons which are born in one position and have to migrate to their final destination by active cell migration. This is a very dynamic process that is regulated by way of the concerted action of multiple gene products. In human embryos this process occurs over the period of several months. Abnormalities in these processes may result in devastating consequences such as severe brain malformation, mental retardation, epileptic seizures, schizophrenia, autism, and early death.

Her prizes and honors include the Neuroscience Center of Excellence Chancellor's Award (2013), the Henri Gutwirth Research Award (2011), and an Excellence Award from the Israel Cancer Association in Memory of Profs. Daphna and Dov Izraeli (2009). She also received the Basil O’Connor Scholar Award from the March of Dimes (1994-1996), Fogarty (1993) and

Fulbright (1990) Scholarships, an award from the Knesset to outstanding PhD students (1990), and the Gad Reshef Prize from the Weizmann Institute’s Feinberg Graduate School (1990).